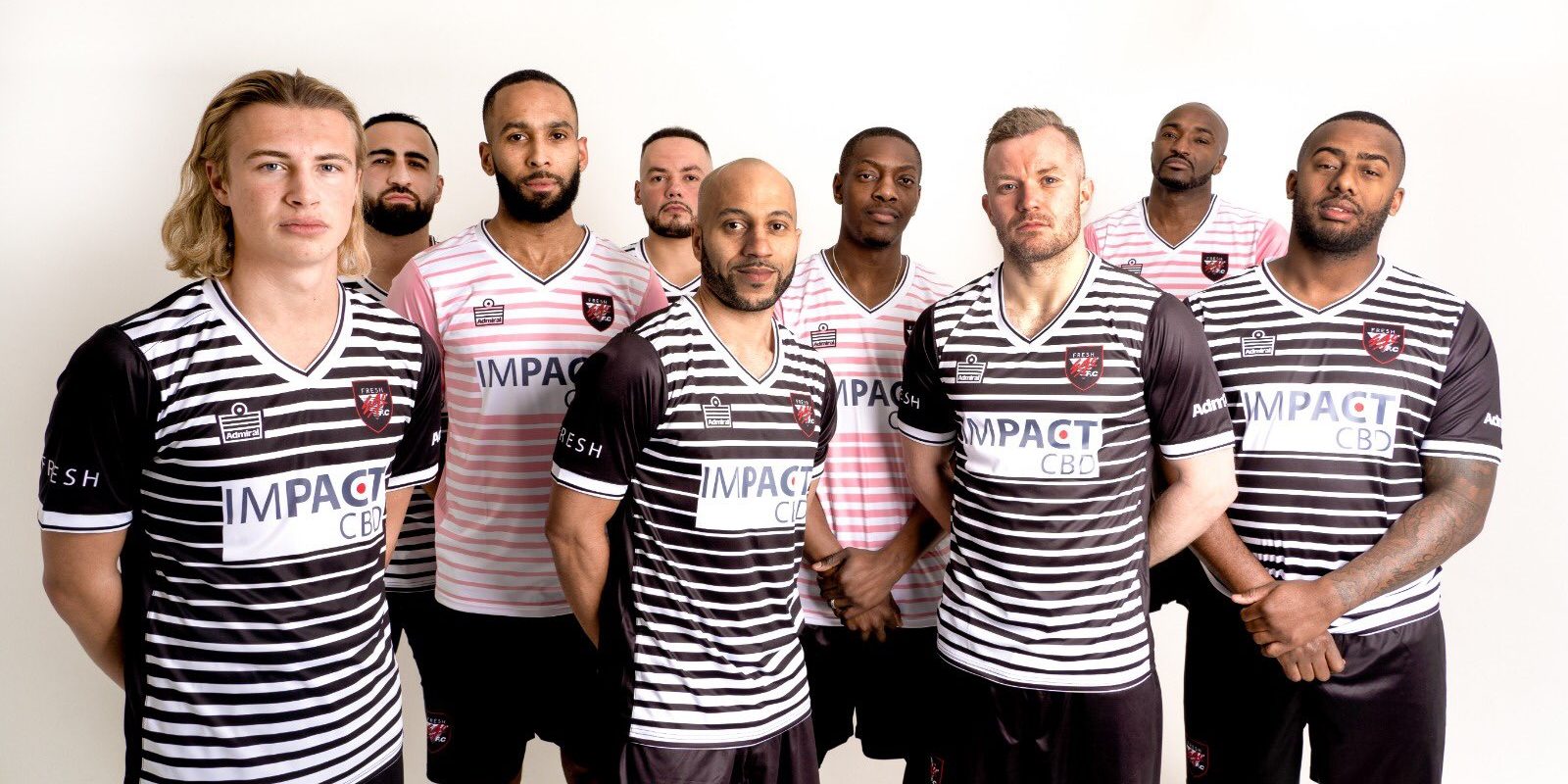 The first game for Fresh Ego FC takes place on January 12th against  The United Stand. All money raised on the day and throughout will be donated to charities supporting well-worth causes.

Join and help bring the community together.

The YouTube football league has become so popular in recent times with the likes of Hashtag United, SE Dons and Rising Ballers having fan bases greater than some well-established semi-professional football teams and the Fresh Ego FC squad is ready to join!

Their aim is to raise awareness to help tackle racism, mental health and life after football for ex-professionals.

WHO IS FRESH EGO FC?

Former professional footballer, Marvin Morgan and founder of Fresh Ego Kids believes that using the key success points for Fresh Ego Kids, Fresh Ego FC has a bright and successful future ahead of itself. With the help of his friends and celebrities Fresh Ego FC is ready to go! “We believe there is an opportunity to take this concept of reality football to another level”.

Marvin Morgan was born in Manchester, UK and similar to many young boys who grew up in Northern London life was difficult and it’s  easy to fall into a life of crime and drugs.

For Marvin life took a different turn when he decided very early on that he would take control of his life and with that he moved to the overwhelming streets in London. With that, Marvin lived the dream of making it in the pro sports scene as he became a professional Footballer.

Starting his career with Wealdstone FC and Yeading FC, Marving built his name as a superb striker. In 2008 a young but reliable striker, Marvin got his big shot with the Conference National champions and newly promoted League Two side Aldershot Town. He later continued a successful career playing for Shrewsbury Town and then Plymouth Argyle. Today Marvin is still playing with semi-pro club Hornchurch F.C.

IMPACT Sports CBD is a proud sponsor of Fresh Ego FC. IMPACT Sports CBD believes in sponsoring and supporting teams and individuals that build a unique message to share with their fans and feel that they can help them achieve their goals. IMPACT Sports is powered by CiiTECH and this allows them to bring additional resources to its partnerships and sponsorships such as research and further development of high-quality CBD products. We expect lots of interesting things to come with the sponsorship of Fresh Ego FC so what this space!