Does CBD show up on a UK drug test? 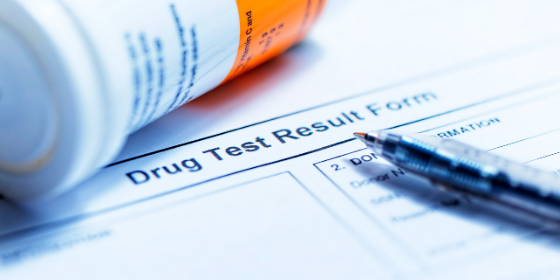 The number of people taking CBD as a health supplement is continually increasing. Still, many of them have worries. One of them is a fear of testing positive for illegal substance use in a drug test.

The problem may seem even more severe when your job does random drug tests, and you want to be safe. Also, some schools and universities have introduced random (“suspicionless”) drug testing. According to some reports, testing is already widespread in independent boarding schools, with three-quarters of schools use some drug testing.  It is regarded as an attractive solution to prevent illicit drug use among pupils1.

Sometimes teachers and intensive care nurses must take drug tests. Mandatory drug testing may be used in safety-critical industries, including those that involve operations of heavy or complex machinery2.

Despite drug testing in Europe is performed to a defined quality standard and in a legally secured way3, many CBD users need more information on drug testing.

What is a drug test?

A drug test concerns the technical analysis of a biological specimen to find the presence of specified drugs or their unique metabolites4. In other words, the drug test shows whether a person has certain drugs in the body. Needless to say that such tests are used to demonstrate the use of illicit drugs.

But the process of testing is very complicated and diverse than just drug identification. Today various drug testing methods are applied. Each of them is based on securing a specific biological specimen. They include5:

Each of these methods has its own advantages and disadvantages. The choice of methods depends on convenience and substance to be screened.

What substances do drug tests detect?

Drug tests have been designed to detect a number of different substances and their metabolites. Different testing methods are used to screen particular substances, so employers often choose the technique they consider the most relevant. But some studies find urine testing is the most effective technique. Also, it is considered to be a painless, instant and easy method5.

Drug tests help to detect the following substances (and many more):

Actually, a drug test identifies the presence of THC, which is a psychoactive agent of cannabis6.

It means that you are not being tested for CBD. In the UK, CBD products must contain under 0.02%THC. To ensure you will not test positively for CBD you should always make sure you are buying high-quality CBD from a reputable source. You can request a Lab report of your CBD to know the exact amount of THC in it.