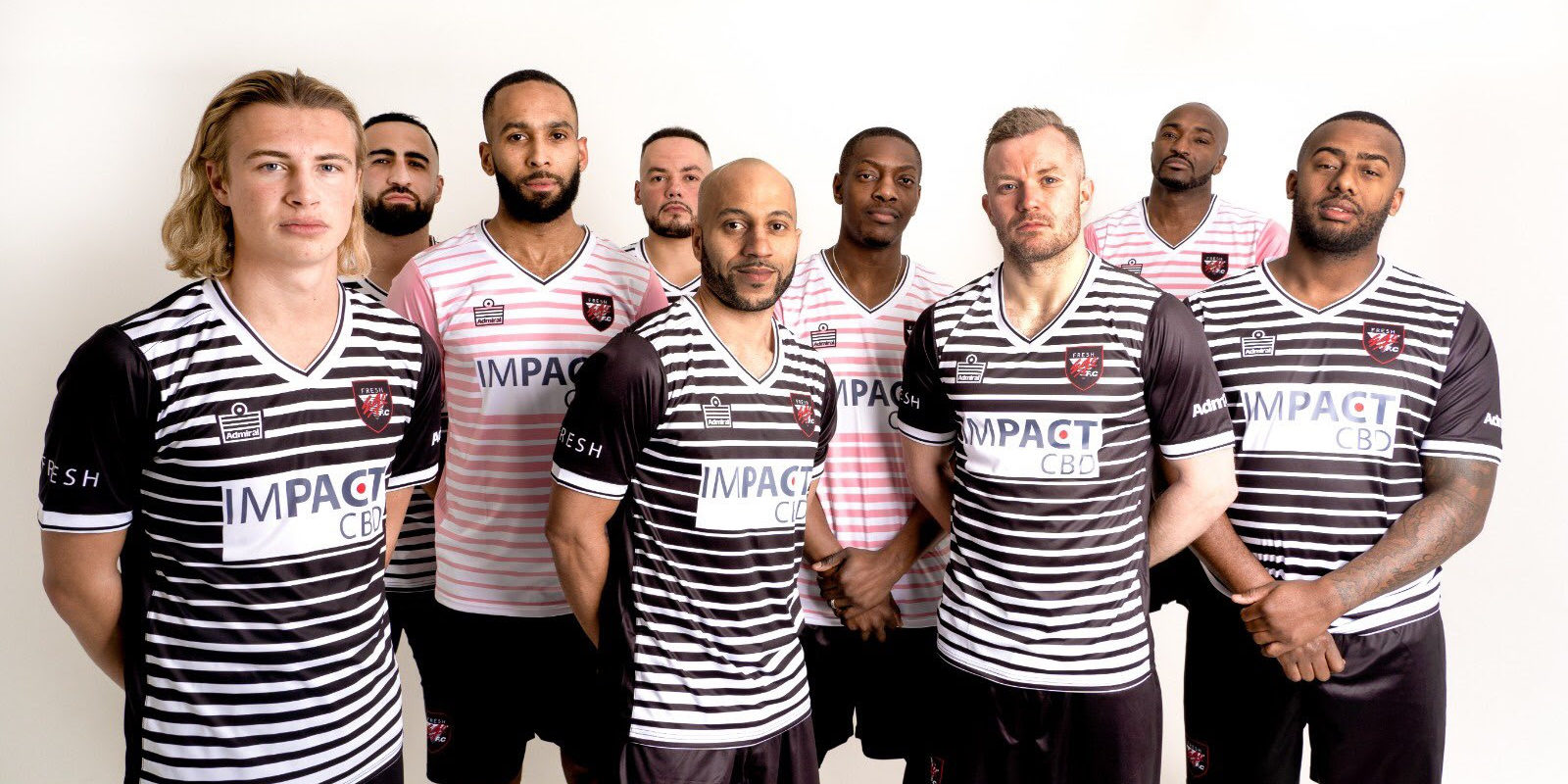 The first ever football game between Fresh Ego FC and the United TV stand ended in a 2-1 victory in the favor of Marvin Morgan’s side.

Marvin Morgan born in Manchester was quite an average striker as it seemed to be in his era of football. He joined Yeading FC for a fee of £3000 where he stayed and netted 25 times for his club, making him the all time goal scorer of the club. He played most of his games in England, after he signed for Aldershot Town for a record fee. Morgan faced some controversy from his fans when he was racially abused and booed off the pitch, in a game where his team lost 2-1 to Hereford united. He was pretty furious and had a message put up on twitter for his fans declaring his hatred for his home fans. With this he was released by Adershot after he played the rest of the season on loan to Dageham FC.

Fresh Ego Kid which borne Fresh Ego FC was always a dream by Marvin Morgan to create awareness on the topic of racism and how it affects players psychologically. As of now, it is getting the number of attention it deserves with popular players directly and indirectly putting it up. Stars like Kylie Walker, Romelu Lukaku, Dele Alli and some other English footballers have showcased some of these classic fashion collections with a clear message against racism and other sort of abuse to players.

Coming into this match from both sides, there isn’t too much experience, considering the fact that it was the first match of Fresh ego FC, even though it was an entertaining match due to its clear purpose; for public awareness. The United TV stand also serves the purpose of Fresh ego to fight for the welfare of football players. An entertaining match caught the eyes of Jack Wilshere who commended the fixture and how it was held. Fans came and cheered the men on the pitch, especially the outstanding performance of the Marvin Morgan’s men. The YouTube league hasn’t gotten enough attention as this fixture before. No one actually expected the magnificent performance, which actually looked like some of the top league fixtures in Europe.

Most importantly, don’t forget to stand up for what is right!